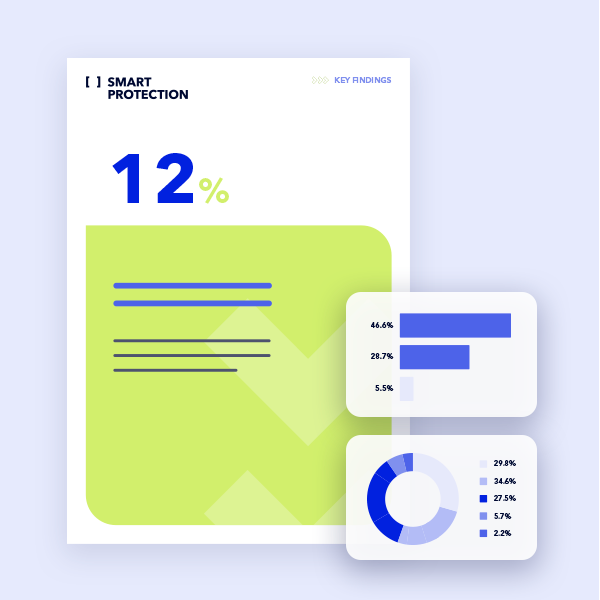 We delve into the world of counterfeit electronics this Black Friday, in search of the latest consumer behaviors and trends in e-commerce.

Do you want to know if your brand is at risk online?
Talk to an expert
Research Study: Counterfeits and online trends in the electronics industry
Get your report

Black Friday was a term commonly linked to retailers who often made financial losses during the first 10 months of the year, which were logged using red ink. The narrative is it that the weekend after Thanksgiving was the moment when they began making a profit, and as a result the ink they used to record takings shifted from red to black. Hence the term “Black Friday”.

Today, the term is used to mark one of the busiest shopping days of the year, a day when consumers can find a whole range of products at discounted prices. In our exclusive consumer Electronics Research Study Black Friday special, we found that 62% of consumers associate the event with a great opportunity to buy a wide range of items at bargain prices.

Black Friday and Cyber Monday in the USA

In 2019, Black Friday sales inthe United States reached $7.4 billion, up from $6.2 billion in 2018. $2.9 billion was spent using smartphones, which translated into a 21% year on year increase for purchases on a mobile device. The efforts made by e-commerce brands in developing mobile first user interfaces have helped drive this trend, reminding us of the significance of mobile shopping within e-commerce. But also points to the behavior of consumers, who, with thanks to technology and improved payments methods are becoming increasingly accustom to shopping on the go.

Just days later, Cyber Monday exceeded that revenue, as online shoppers spent an eyewatering $9.4 billion, making it the most profitable shopping day in US history.

Almost 30% of the 2019 Cyber Monday revenue was generated after 10pm, as instore sales dropped 3% from the previous year. This highlights the important role that e-commerce plays, providing shoppers with out-of-hour retail access.

Many of the top selling products were electronics, including consoles and video games, smart TVs, smartphones, laptops, electric toothbrushes, kitchen appliances, and the latest children’s toys and games. Our exclusive research also points towards electronics being a widespread purchase on Black Friday and Cyber Monday. Two thirds of our respondents confirmed that they plan to buy an electrical item on this weekend, whilst an additional 28% may do so if they find a great deal.

Whilst Black Friday and Cyber Monday originated from the United States, consumers across the globe flock to shops, and online retailers.

In Europe in 2019 there were 21% more transactions on Black Friday than the next most popular shopping day. Claims that European shoppers are cynical about the products and prices offered may be true however, a report carried out by PWC found that just 8% of respondents intended to avoid Black Friday entirely.

The same report questioned shoppers in relation to what they will spend the most money on during Black Friday, consumers in the UK, Germany, and Ireland named electrical and technological products, whilst shoppers in France and the Netherlands had this category in second place behind fashion. So, we are noticing similar behaviors and trends outside of the US.

The global electronics industry experiences losses of approximately $100 billion each year due to the sale of counterfeit electrical goods. The industry is vast, and a whole array of product types are susceptible to intellectual property abuse. The threat appears to be even more prevalent on Black Friday and Cyber Monday.

We found that 66% of consumers believe that they are at a greater risk during this period, whilst a further 24% acknowledge there is a greater threat during all high-profile shopping days.

Brands selling smartphones, laptops, cameras, accessories, and even car parts have all suffered the negative effects. But what´s causing the growth in fake goods, and how does this illicit activity impact on consumer confidence, brands, and the industry as a whole?

The availability of counterfeitelectronics is soaring, but why?

The ongoing COVID-19 global pandemic saw US e-commerce sales for the first half of 2020 grow by 30.1% year on year, with the majority of this growth in Q2 where a 44.4% year-on-year increase was recorded. Statista reported unprecedented global traffic increases as “retail websites generated almost 22 billion visits in June 2020, up from 16.07 billion in January 2020”.

A comparison in the sale of consumer electronics in March 2019 with March 2020 revealed that the sale of bread makers rose by 652%. Computers monitors also increased by 172%, whilst computer accessories such as keyboards and mice grew by 80% as consumers were forced to work remotely, and schools closed.

During these challenging times demand for certain consumer electronics have clearly increased, and demand has not gone unnoticed by those looking to exploit the situation through the sale of fake goods.

The overwhelming majority of counterfeit and fake electronics originate from China where laws related to IP abuse are less stringent. This low risk – high profit model makes this activity both attractive and lucrative. Counterfeit goods are distributed far and wide as a result of the globalized economy, and demand for low cost electronics continues to grow.

China receive approximately 500million tons of electrical waste each year, and these waste materials are reshaped, repurposed, and sold back in the form of counterfeit electronics to often unsuspecting shoppers.

Channels where counterfeitelectronics are sold

Counterfeits are often sold in the same channels in which official products are available, however they are also sold in marketplaces or promoted on social channels where the official brand does not have a presence.

Whilst the issue of counterfeit electronics is clear, the true scale of the problem is likely to be underreported. Online channels including digital marketplaces and social networks are facilitating the promotion and sale of these often-dangerous electrical goods. E-commerce orders are often shipped in small quantities by post or express courier services, minimizing the odds of detection and the prospect of punishment.

The trust in which shoppers place in well-known marketplaces, social networks, and a lack of awareness relating to rogue websites is putting them at greater risk. 50% believe that if an electrical item is listed on a popular digital marketplace then it must be genuine, however we saw a 15% reduction in trust when it came to items promoted across social media (35%).

The quality of counterfeit copies are deceiving consumers. Ever-improving production methods such as 3D printing, and access to cheap materials have led to “super copies” which are increasingly trickier to identify. The use of official logos, images, product descriptions, and even the creation of rogue websites are used to mislead shoppers. Despite these sophisticated techniques, 51% of consumers are convinced they could tell if an electrical product advertised online is a counterfeit, or the genuine item.

Brands today are becoming increasingly aware of the fact that “if you can make it, they can fake it”, but consumers must also increase their awareness of the fake, and often dangerous electronics sold online.

The most susceptible electronics

Counterfeit electronics were reported to makeup 10% of all fake products seized in 2018, making them the fifth most vulnerable industry behind clothing, footwear, watches and jewelry, and handbags and wallets. A recent study conducted by the EU's Intellectual Property Office (EUIPO), reported that more than 180 million fake mobile phones are sold globally per annum.

In 2019 the FBI shutdown a counterfeit ring which imported over 10,000 counterfeit Apple devices from China, including iPhones and iPads. A sophisticated scam saw fake items marked with unique serial numbers; matching devices listed under Apples warranty. They were purposefully damaged and exchanged in-store for genuine items, which were sent back to China and sold at market rate.

Shoppers must be extra vigilant during this year’s Black Friday and Cyber Monday, considering the level of counterfeit electronics on the market, and the fact that they are also likely be the highest selling product category. The majority of respondents to our exclusive research study confirmed that they expect to receive between 10% and 50% off electrical items during Black Friday and Cyber Monday, and a lack of awareness could see them unintentionally purchase a counterfeit due to a gratifyingly low price.

Counterfeiters also copy electrical components which are intended to be used within legitimate products. Brands must take extra caution to ensure that they purchase parts from reliable and trustworthy suppliers. A failure to do so may result in expensive product recalls, and damage to brand reputations.

Fire hazard and electric shocks due to poorly wired electrical items are putting consumers of all ages at risk. Unfortunately, many of these counterfeit items function correctly on receipt, and detection usually comes once the damage is caused. Poor quality materials, a lack or absence of testing, and no guarantees or returns policies are all commonly associated with counterfeit goods.

A British Broadcasting Corporation (BBC) investigation into counterfeit Apple chargers discovered that just three of the 400 tested had sufficient insulation to protect against electric shocks. It is also important to recognize that the warranties which come with expensive electrical goods are void if a fault or damage occurs as a result of using unofficial accessories such as cables, chargers, and headphones.

The dangers are not simply limited to the materials and not adhering to basic standards, regulations, and product testing. Malware, ransomware, and invasive ads are often installed on counterfeit electronics such as phones and laptops. The theft of personal or financial information, file encryption, and intrusive advertising all put consumers at risk.

Damage to brands and the industry

Counterfeiting and the theft of IP is a drain on the consumer electronics industry. Perhaps when we consider the impact that this illicit activity has on brands, it´s only global super brands that are mentioned, but make no mistake, counterfeiting and brand abuse is an issue that brands of all shapes and sizes must be alert to.

36% of our respondents hold official brands primarily responsible for the level of counterfeits online. 42% of consumers stated that if they unintentionally purchased counterfeit goods they would cease buying from the official brand, 31% would stop interacting with official social posts, and 32% would lose trust in their promotions and discounts. In fact, just 24% recognize that counterfeits are an issue for all electrical brands and would therefore continue to shop as usual.

Building brand reputation and customer loyalty takes time, money, and resources, however, this effort can be destroyed in a moment.

Solution to minimize the impact

Continuous efforts are required to monitor the risk and control the effects that counterfeit electronics may have on consumer confidence, brand reputation, and revenue. Brands of all sizes must make counterfeit protection a priority, attributing sufficient funds to address the threat.

Brands should not simply assume that there is no danger to their products, awareness is essential, and the notion that protection is too expensive is a myth. In fact, many of the brands we protect have reported a return on investment. Thanks to the elimination of fake and counterfeit products across digital channels, many have seen sales increase.

Furthermore, retailers who have attempted to manage the process internally, which involves constant monitoring and elimination, found that it requires intensive training, is expensive, and a drain on resources.

Do you want to know if your brand is at risk online?
Talk to an expert
Research Study: Counterfeits and online trends in the electronics industry
Get your report 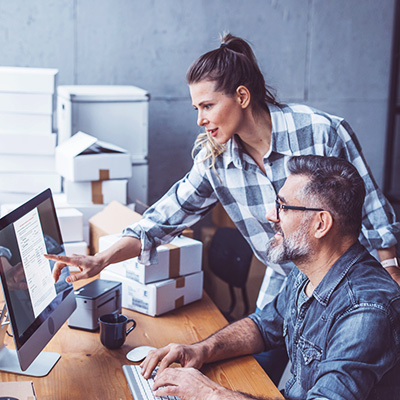 Digital monitoring and distribution control, can one exist without the other? 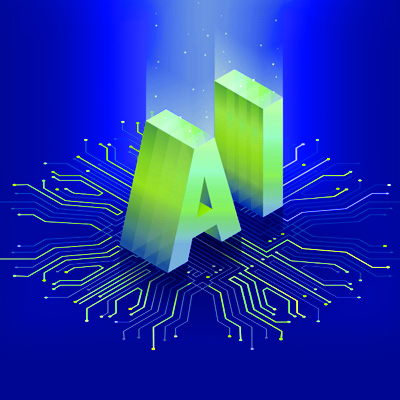 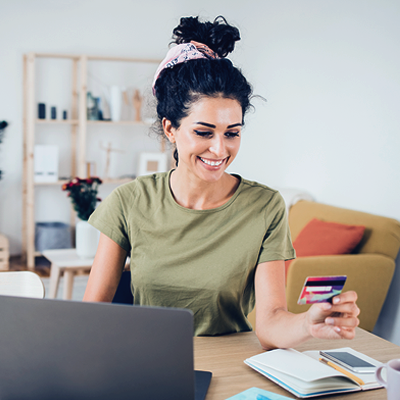